An accident in an undergraduate class, casually disposed of in the sink, resulted in a minor explosion. What the terrified student unwittingly discovered turned out to be a inexpensive way to surface treat bulk aluminum allowing it to react with water at room temperature and produce hydrogen gas on demand. The result is one of the most energy dense, non-toxic, stable fuels known. Presented is the method for producing this fuel and research into how and why it works along with examples of power systems developed to utilize it. 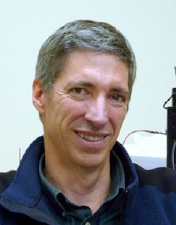 Professor Douglas Hart MIT Skolkovo Foundation Professor of Mechanical Engineering. Doug serves as a technical advisor for numerous companies and professional organizations and has been involved in the commercial development of technologies ranging from satellite propulsion and unmanned drones to surgical robots. BSc U. of I., S.M. MIT, Ph.D. Caltech.