Professor of Biomedical Engineering and Professor, Program in Macromolecular Science and Engineering
University of Michigan 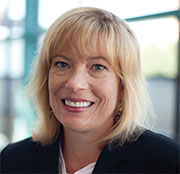 Experimental Characterization, Constitutive Modeling, and Computational Simulations of the Soft Tissues of the Knee

Injuries in soft tissues of the knee such as the anterior cruciate ligament (or ACL) and the femoral and tibial cartilages occur in elite athletes and weekend warriors alike. A long-term goal of my work in this area is to prevent many of these injuries. Not enough work has been done to understand the finite deformation response of these non-linear, anisotropic poro-visco-elastic tissue structures - not to mention how they fail. This talk will focus on our recent efforts to characterize the ACL response utilizing full-field displacement measurement techniques that offer more accurate, repeatable, and comprehensive experimental data than traditional testing methods. We've pioneered full-volume characterization techniques that provide much needed insight into the inaccuracies associated with many current experimental protocols and also the shortcomings of some popular constitutive models in capturing the full 3D response of the ACL. I will describe how we use these data to develop constitutive models for soft tissues and implement them into computational models of the knee for gait analysis and impact loading simulations. I will also discuss how these models may be used to guide clinical practice to determine the best course of action to repair an injury. 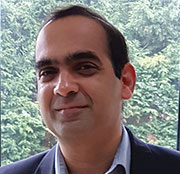 The Homeostatic Ensemble for Cells

Cells are quintessential examples of out-of-equilibrium systems but they maintain a homeostatic state over a timescale of hours to days. As a consequence, the statistics of all observables is remarkably consistent. A statistical mechanics framework for living cells is presented, developed by including the homeostatic constraint over the interphase period of the cell cycle. The framework includes concepts of a homeostatic ensemble as well as temperature and is used to rationalise a (dynamic) homeostatic equilibrium that intervenes to allow cells to evade thermodynamic decay. The application of the statistical mechanics formalism will be illustrated with two examples along with the associated experimental evidence: (i) the contact guidance of cells on substrates patterned with fibronectin lines and (ii) the mechano-sensitivity of cells. These problems are solved using a combined finite element and Markov Chain Monte Carlo (MCMC) scheme with a model for the cell accounting for the stress-fibre cytoskeleton and cell elasticity. The predictions, in line with observations, are inherently statistical in nature and presented in terms of probability distributions of a range of observables including cell area, shape, tractions and cytoskeletal arrangements. We thus argue the variabilities of these observables are a consequence of the fluctuations of cells over their homeostatic state and these fluctuations govern a range of physiological responses. For example, the contact guidance of cells on fibronectin lines much larger than the cell size is a form of nematic ordering arising from these fluctuations.