For solids undergoing inelastic deformation via the evolution of some defect structure, a portion of the mechanical energy expended in deforming the solid is associated with a change in the defect structure and is stored in the body, while the remainder is dissipated. Knowledge of the dissipation associated with inelastic deformation is needed for prediction of a variety of phenomena, such as the thermal softening behavior that promotes mechanical instabilities. A mesoscale framework, analogous to that for discrete dislocation plasticity, has been developed for modeling the deformation of amorphous metals deforming by the Shear Transformation (STZ) mechanism. The shear transformation zones are modeled as Eshelby inclusions and superposition is used to represent a quasi-static boundary value problem solution. In carrying out calculations using this framework, in some cases we found that the calculated dissipation rate was negative, which violates the Clausius-Duhem inequality (the second law of thermodynamics). To understand why a negative dissipation rate occurred in the numerical calculations, a general analysis of dissipation and dissipation rate in Eshelby transformations was undertaken. The analysis showed that there is a maximum value of transformation strain magnitude for an Eshelby inclusion that gives non-negative dissipation rate. The condition for non-negative dissipation rate can be expressed as the product of a configurational force, analogous to the Peach-Koehler force for dislocations and the J-integral for cracks, times the transformation strain rate. The resulting expression suggests a form of kinetic relation for Eshelby transformations that can guarantee a non-negative dissipation rate. Such a kinetic relation has been implemented in the mesoscale modeling framework for deformation of metallic glasses by the STZ mechanism. Results of such calculations will be presented. 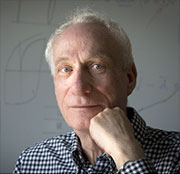 Alan Needleman received his B.S. from the University of Pennsylvania in 1966 and finished his Ph.D. at Harvard University in 1970. He then spent five years in Applied Mathematics at MIT before moving to Brown University where he served as Dean of the Engineering from 1988 to 1991 and became Florence Pirce Grant University Professor in 1996. He retired from Brown in 2009 and moved to the Materials Science and Engineering Department at the University of North Texas. In 2013 he was a member of the initial class of Hagler Institute Fellows at Texas A&M University and joined the Texas A&M University faculty in 2015, where he is now a University Distinguished Professor and a TEES Eminent Research Professor in the Department of Materials Science and Engineering. Professor Needleman is a Member of the US National Academy of Engineering and of the American Academy of Arts and Sciences, and is an Honorary Member of the American Society of Mechanical Engineers (ASME). He was awarded the Prager Medal by the Society of Engineering Science, and the Drucker and Timoshenko Medals by ASME. He also holds honorary doctorates from the Technical University of Denmark and Ecole Normale Superior de Cachan (France), and is an Honorary Professor of Dalian University of Technology (China).