2010-2011 ME 72 Engineering Design Laboratory and Competition 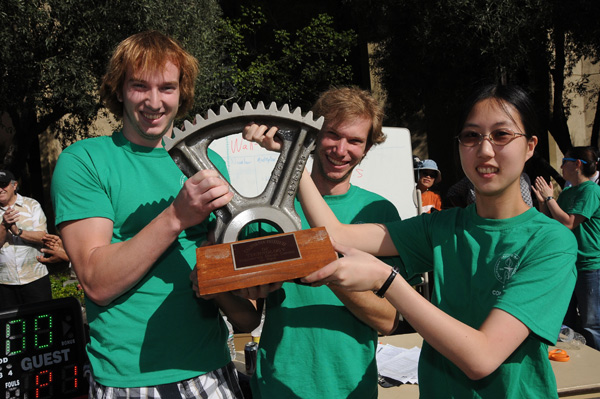 Design, build, and deploy a team of vehicles that will traverse difficult terrain in order to:

The contest was a double-elimination tournament, in which teams of three or four students competed in head-to-head heats. Each team had 45 seconds to place their system within a “starting zone,” and then a 5 minute period during which all of the scoring took place.